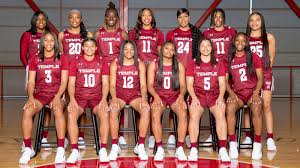 The mini tournament will take place over the Thanksgiving weekend, featuring four teams, including Temple. On day one,(Nov 28) the Owls go head to head with Virginia Tech at 8pm on ESPNNews. Less than 24 hours later, they’ll take on Rhode Island at 5:30 on ESPN2.

The men’s squad will come back home for a series of three Philadelphia Big 5 matchups. The first being on December 3rd at #11 Villanova, which will be aired at 7pm on FS1. Following that, The Owls play at the Liacouras Center for the first time*, in a 7pm matchup with La Salle on ESPN+. Finally, a 3pm matchup with St. Joe’s on NBCSP will wrap up the Big 5 and non-conference portion of their schedule.

Following a 10 day break for final exams, the Owls travel to Houston to start their conference slate vs the Cougars on December 22nd. The last time Temple traveled to Texas, they were to begin the AAC Championship Tournament in Fort Worth, but it was cancelled by the oncoming COVID-19 pandemic.

Some marquee AAC matchups include:

Fans will not be permitted at the Liacouras Center to start the season due to the City of Philadelphia’s indoor event guidelines.

The 2021 AAC Men’s Championship Tournament starts on Mar 11th, through the 14th. The tournament will be hosted by the Dickies Arena, in Fort Worth, TX.

For the women’s squad, their season begins on Dec 6th, with a non conference matchup with Florida Gulf Coast. On Dec 17th, the Owls travel to South Carolina to face the Gamecocks. The conference portion of the schedule begins on Dec 20th, with a matchup vs SMU.

Some marquee conference matchups include:

Like their male counterparts, the Women’s Championship Tournament will take place in Fort Worth. The tournament will run from Mar 8th to the 11th.

Again, fans will not be permitted inside of McGonigle Hall or the Liacouras Center for women’s basketball to start the season. Game times and broadcast details will be announced at a later date.

*Temple was originally scheduled to open their season at home on Nov. 25th. That game vs NJIT will be rescheduled to a later date.