Temple’s Center for Humanities hosted the Philly Zine Fest at Mitten Hall for the first time in three years. As a celebration of small press publishing, the fest gave artists and publishers a chance to share their work after a pause on the event due to the pandemic.

The event welcomed a variety of new artists and creatives to explore the zine-making process at their “How to Create a Zine Section”, where Tyler School of Art student, Morgan Medl tried her hand at the creative endeavor.  “I want to try to release my own zine by the end of the month” shared Medl, who credited many of her fellow Tyler students as the inspiration for her newfound interest in the medium.

Along with new artists, the event welcomed back some familiar faces like self-publisher Tia Roxae, who has been attending the Philly Zine Fest for over fifteen years. At her table, Roxae displayed her latest work titled “Face Fatigue”, which combines elements of horror and comedy. She praised the very welcoming atmosphere that the Philly Zine Fest offers to the community, citing it as her reason for returning each year.

With over a hundred attendees this year, the fest featured a wide variety of poetry, photography, and comics. Author and founder of Boink Comix, Don Steinberg used the event as an opportunity to promote their newest comic called “Cereal”, which circulates around a series of breakfast food related killings. “We’re old guys to be putting out our first comic, but it’s great to be at the zine fest with everybody” joked Steinberg as he showcased their upcoming release. The university saw many students turn out for the event as it was hosted on campus for the general public. 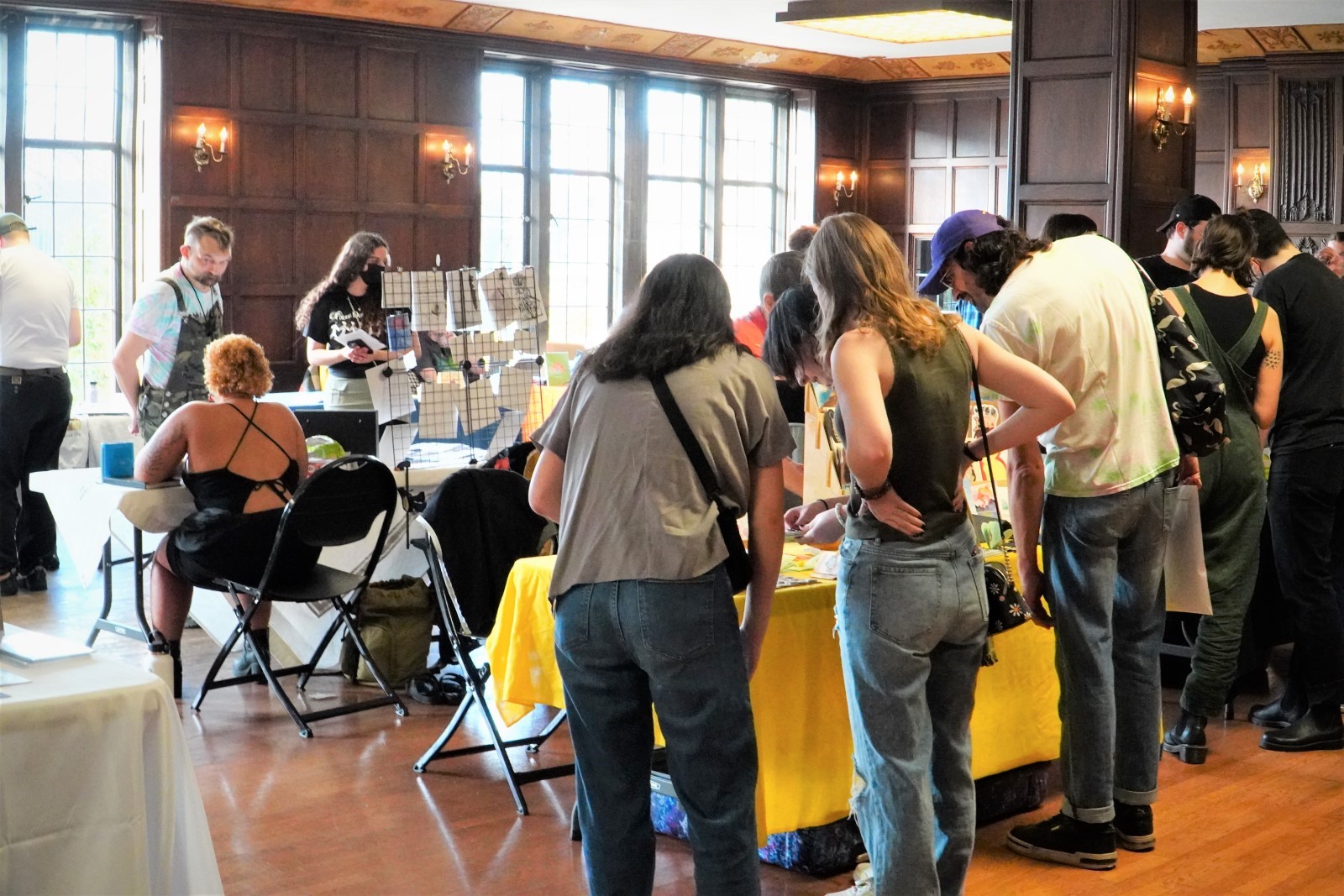