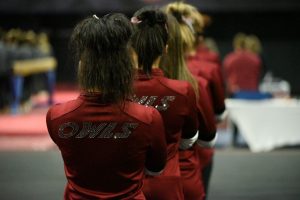 Following the death of George Floyd, the United States entered a national conversation about racism in society today. This topic of racial inequality extended itself to the Temple athletic family. One of the biggest guiding missions at Temple is to create a diverse and welcoming culture to people of all backgrounds, so it came as no surprise when the Temple Athletic Department and a wide array of coaches took to social media to express their opinions on the situation.

Temple University released a statement on May 31st titled “We are Philadelphia, We are Temple” that condemned racism and voiced the school’s ongoing mission towards racial equality. Football head coach Rod Carey added to this announcement on Twitter. He said that the events of the past both recently and over the years were “disheartening” and “we are committed to positive change”.

Events that have taken place over the past days, weeks, & years that have highlighted racial inequality in our country are disheartening. My thoughts and prayers are with the Floyd family & all who have lost loved ones due to racial injustice. We are committed to positive change. https://t.co/nHeDJqe5LU

Rod Carey was far from the only head coach to speak out against the events. Aaron Mckie, the men’s basketball head coach posted a tweet with a statement from himself. In the tweet, he says that racism is still alive in this country, and “we can’t run from it anymore.” He also discusses his role as a coach and how he and his staff work to create a culture of equality for their players.

Tonya Cardoza, the women’s basketball head coach tweeted a Martin Luther King Jr. quote along with her own personal statement. She states that, “we need change and we need change NOW.” She also encourages the public to “make sure they exercise the right to vote”. Other members of the women’s basketball team including Marissa Mackins also joined in on the conversation surrounding George Floyd through social media.

Josh Nilson, the women’s gymnastics coach, hadn’t tweeted since August 2018, but said that for the murder of George Floyd he “did not want to be silent.” He broke his silence with a personal message about the “severe injustice” and his support for athletes saying, “I love you, I support you, and I stand with you”.

Blackout Tuesday was a trend that was started to bring awareness to the #blacklivesmatter movement and involved users posting an all-black tile. Many celebrities and athletes around the world followed along with their own posts. Nick Bochette, the head coach of women’s soccer, made his solidarity towards these issues show by tweeting one of these tiles. The official Twitter account for the Temple Athletic Department also tweeted out one of these pictures with the hashtag “#BlackoutTuesday”.

Many other Temple University staff, athletes, and coaches have used their platforms to show support and unity. As protests continue and more people are voicing their opinions, it is evident that the Temple community will stand together against inequality.