Same song, different team. After barely knocking off Tulane, Temple finds themselves in a similar matchup in the second round of the AAC Tournament. Although the Shockers have a far better record than Tulane, their record against the Owls is the same. Two close games that came down to the wire. The winner of the series will be determined after AAC tournament play. 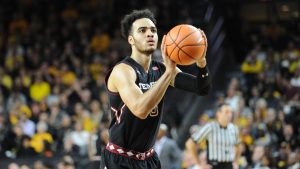 The first time these two teams met in contest, the Owls welcomed #16 Wichita State to the American Athletic Conference with an 81-79 upset in overtime. Temple had five Owls score in double figures, Quinton Rose led all with 19 points. Even though the Shockers had four players of their own in double-figures, including Shaquille Morris and Austin Reaves, who both had 20 or more points, the Owls were still able to pull off the upset. Temple once again found themselves shooting under 70% from the free throw line, but Obi Enechionyia made two big free throws in the final seconds of the game to secure the two-point victory.

The next battle would have a different outcome for the Owls. Enechionyia led the Owls with 17 points, along with four other Temple players to score double-digits. Temple shot just under 50% from the field, and 55% from behind the arc, making 16 three-pointers- a season record. Temple made twice as many three point shots as the Shockers, 11 of which came in the first half. Hence, the 14 point Temple lead going into halftime. Wichita State was led by Morris’s 16 second-half points where the Shocker outscored the Owls 51-30 to come back and win 93-86.

Each team won a tight a game on their respective floor. The two teams will face off for the third time this season at 7 pm on March, 9th. The action will be on ESPNU. The winner will advance to take on the winner of Houston vs. UCF in the semi-finals of the AAC Tournament.