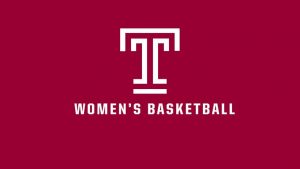 >The Temple Women’s Basketball Team started the season with three straight losses. Since then, they have managed to win four straight games including today’s win over UCF. The Owl’s capitalized on opportunities as they took down the Knights to move to 4-0 in American Athletic play. Temple moves to 4-3 on the season (4-0 AAC) as UCF falls to 5-2 (3-1 AAC).

>Statistically it wasn’t a pretty game as Temple & UCF both shot sub 25% from 3Pt% (TU 23% UCF 25%). On top of that both teams combined for 42 (!!) total turn-overs. Mia Davis started slow, but picked it up when the team needed it most. Davis scored 19 Pts; nine of them coming at the free throw line (9-12 FT). Jasha Clinton notched a career high 17 PTs (6-17 FG%) while leading the three-point attack shooting 5-12 behind the arc. Asonah Alexander & Emani Mayo played stellar defense, each with 3 steals a piece. The pair also combined for 11 rebounds and 7 assists. Overall Temple shot 34.5% from the field compared to UCF’s 43.8%.

>UCF fought hard at the end, pulling within three points of the Owls before a long timeout. After both offensive attacks went quiet late in the 4Q, UCF made it a one point game with a hard earned lay-up. Temple regained possession and UCF fouled, leading to a free throw frenzy giving Temple breathing room and ultimately the win.

>Brittney Smith’s 17 PTS & 9 REBs led the charge for UCF followed by Courtajia Sanders 14 Pts and 5 boards. On the stat sheet UCF led in most categories, but turnovers and missed scoring opportunities were the reason behind the loss.

>>>Temple will look to stay undefeated in AAC play against Cincinnati on January 13th at 3:30pm ET. The game will be played at McGonigle Hall in Philadelphia.