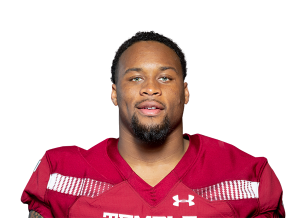 The first half to the 2020 football season has been nothing short of disappointing, and now the Owls will have to go through the second half without their star back. Sophomore Re’mahn Davis announced his decision to leave Temple yesterday on social media.

The former Owls running back will enter the transfer pool, and end his 2020 season after just 4 games played. It is unclear as to what exactly led Davis to make his decision, but the star back said the following in his statement on Wednesday:

“I want to start off by thanking my family, friends, and teammates for being with me in this journey at Temple University. I also want to thank Coach Collins, Coach Diaz, Coach Fran Brown & Coach Carey for giving me this opportunity….”

“These past two years at Temple University have been filled with wonderful moments, up and down thrills, and victories I will never forget…to my teammates, my brothers, I will forever cherish the bonds we have made on and off the field.”

In his short career in cherry & white, Davis played in 16 games. In his Freshman campaign, the All-American back totaled over 1,000 yards, with 936 on the ground and 10 total touchdowns. Davis was averaging 3.9 yards per carry with just one touchdown in 2020 before shutting himself down.

In addition to being named to ESPN’s 2019 All-American team, Davis was also named to Pro Football Focus’ All Freshman Team. Rounding out the Freshman year accolades, Davis won the 2020 Stella for Newcomer of the Year.

As for now, this decision leaves an already shorthanded Owls team figuring out who the starting RB will be. It’s expected that Redshirt Senior Tayvon Ruley will get the nod. Ruley, the Penn Wood High product currently has 102 yards over 4 games.

With the second half of the season coming up, Coach Carey and the Owls will need to have a short term memory. As for Re’Mahn Davis, wherever he decides to go, he will serve to be a huge boost to that offense.